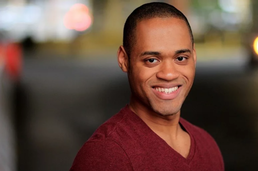 Barron B Bass
​as Carlos Mejia
Barron B. Bass (BBass) is a graduate of Rutgers MGSA, Shakespeare's Globe, and The Flea (The Bats). As a life-long vocalist and fan of cartoons, the transition into voice over felt natural for Barron. About two weeks after graduating, B. voiced his first McDonald's commercial. Since then, he's gone on to have a greatly varied career, voicing commercials, documentaries, various characters in video games, and a few characters in animated series/podcasts. His most notable recent appearances are in Red Dead Redemption II's online play and the upcoming Richard Pryor documentary, “Pryor Convictions” (ABC).
Most recently, B. began building his production company, B3KET Legendary, with fellow artist/rapper Napoleon Da Legend. B3KET's mission is to do more with less, facilitate quality collaborations, and provide inspiration to all, with an emphasis on narrative and community. 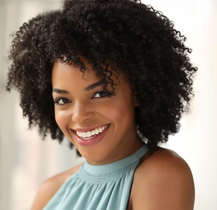 Alexandria Benford
as Michelle Carter
Alexandria Benford is a vibrant Baltimore, Maryland native who is currently based in New York City. Alexandria has been involved in the arts since the tender age of five. From Tap dancing to karate, Alexandria was involved in a plethora of activities until she found her love for the stage. Attending late night rehearsals and watching her mom star in Trouble in Mind at Arena Players theater sparked Alexandria’s curiosity for the arts and at the age of 10, Alexandria starred in her first play, A Wonderful Life, at the same theater. That summer, Alexandria had officially caught the “acting bug.”

Eventually, Alexandria decided to pursue theater at a top-ranking high school for the arts, George Washington Carver Center for Arts and Technology. There, she studied improv, combat fighting, Shakespeare and other fundamentals of acting.

In 2015 she took her talents to NYC to pursue acting full-time. In her first year, she went on to perform in her first theater tours throughout the East Coast in One Night and Four Hearts.
Alexandria graduated from the University of Maryland, College Park with a dual degree in Italian and Broadcast Journalism.​ 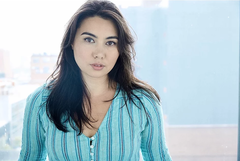 Siho Ellsmore
​as Miss Liu
I am an actor, writer and filmmaker. I'm a born and bred Aussie originally from Melbourne. In Australia I appeared most notably in the longest running soap Neighbours. Since moving to New York I have worked with NAATCO, Ma-Yi, Target Margin, The Drama League, La MaMa, Ensemble Studio Theatre and the Actor’s Studio to name a few and made my off-Broadway debut in the hit comedy Jewtopia.

I also love to write stories! I have written and performed in Yellow Brick Wall: Angry White Men Played by Two Happy Asian Girls for the 2012 New York International Fringe Festival. I was a founding member of Leviathan Lab’s Asian American Women’s Writers Workshop. My short play the Godesess was performed as part of Asian American Heritage Month at Actors Equity.
​
As a filmmaker I have edited and produced the award winning short INS & Outs, and also produced Red Phone Productions’ short The Barrelman Caper, I also co-wrote, directed and produced the short film Lady in Waiting an entrant in the 2014 AAFL 72 Hour shootout.

Jennifer Chen
​as Yu Yan
Jen Chen is a stand up comedian and actress based in NYC. She has worked on indie movies, short videos, and voiceover projects. Most recently, she was on Cash Cab (season 14, episode 2). When she's not working, she loves to spend time in the kitchen and hanging out with her dog, Gunther. You can follow her journey on Instagram @ImJenChen.
Click Here to Join the Fight